Isobell Marshall has kindly donated some home grown Hazel saplings to a project that will increase levels of biodiversity. A Wells market stall dedicated to selling native woodland saplings direct to the public to plant at home will now include the Hazel saplings grown by Isobel. The Wells City Council not-for-profit market stall will sell saplings at just £1 each on Saturday 31st October and as per previous post will contain a variety native woodland saplings that are of particular benefit to pollinators and other wildlife. 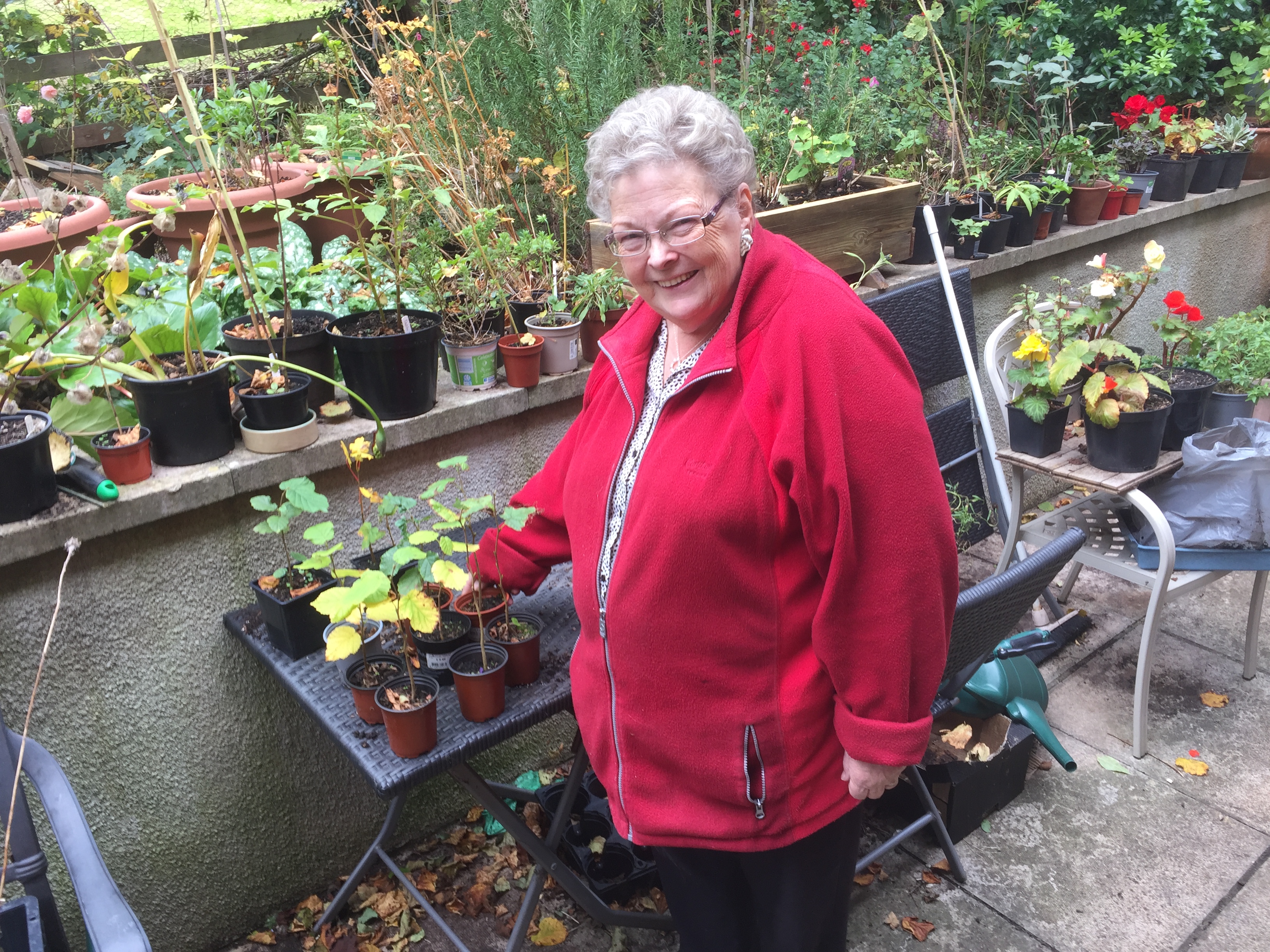 The Hazel saplings in the photo could be kept as part of a varied native hedgerow or left to grow to over 10m tall. Bright yellow catkins loaded with nutritious pollen appear in Spring and insects like honey bees need lots of pollen at that time in order to raise new queen and worker bees.  Throughout the Summer caterpillars will feed on the leaves and while many will become food for mammals some will go on to grow the population of butterflies.  In the Autumn they look beautiful and the hazel dormouse, wood mouse, bank vole and many birds including Woodpeckers, Jays and Nuthatchers will feast on the nuts.
Isobel was mayor of Wells 1996-97 and plans to support the native tree project in the future by growing more Hazel saplings from nuts she picks up in her wildlife friendly garden. Given that the vast majority of hazelnuts used commercially these days are imported, let 's hope the people of Wells make space in the future for this important wildlife friendly native species.