This week, at Mendip District’s Full Council meeting, Councillor Tom Ronan, Portfolio Holder for Strategic Policy and Climate Change provided an update on the progress being made to address the district’s climate emergency commitments. 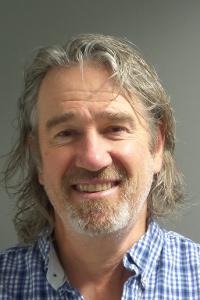 At the meeting, Cllr Ronan commented on the impact of COVID-19, “These really have been the most extraordinary six months of all of our lives and it is fairly certain that the negative effects will be felt for many years. But there have also been some positive effects on the environment and particularly around the thorny issue of behaviour change.”

Behaviour change is one of the seven workstreams which sits under Mendip’s Climate & Ecological Emergency Group, or CEEG, which is chaired by Cllr Ronan. Other workstreams include Food & Nature, Waste & Water, Energy, Money & Investment, Transport and the Built Environment. The CEEG Action plan is now fully embedded into the council’s service plans of all the relevant business units.

Cllr Ronan continued, “Climate change covers a huge range of issues. Every department in the council either has an environmental impact, or it will be affected by climate change, so it’s incredibly important that we are all working towards the same goal.”

In February 2019, a Climate and Ecological Emergency was declared at Full Council, and since then a number of important steps have been taken, including the hire of a dedicated Climate Change officer. This officer has coordinated a Mendip District CO2 baseline evidence report, detailing the district’s carbon footprint and setting the baseline for measuring progress towards the 2030 target of the district becoming carbon neutral.

The next stage of this is to adopt a Carbon Management Plan following on from a report developed by outside energy consultants on the district’s Carbon Emissions and Pathways Analysis.

“It’s clear we need to all work together to achieve the best results,” continued Cllr Ronan. “Mendip is part of a Somerset-wide Climate Emergency Strategy and Action Plan. This Action Plan has now been completed and will be passing through all of the five Somerset council’s governance processes, starting this month.”

Other key actions achieved at Mendip are:

“I am proud of what we are doing at Mendip. For the Liberal Democrat party, ecological issues are a central part of our political belief system, so it’s great that at Mendip – which has a Lib Dem administration – whilst there is still a long road ahead, we are able to pause and reflect on what we have achieved so far.”

Tom Ronan is a keen environmentalist who helped set up Plastic Free Wells and is a member of Sustainable Wells. He was elected in 2018 as a Mendip District Councillor for Wells St Thomas Ward.