Councillor Helen Sprawson-White on Mendip Council has switched from independents to Liberal Democrats, giving the party a majority on the council. 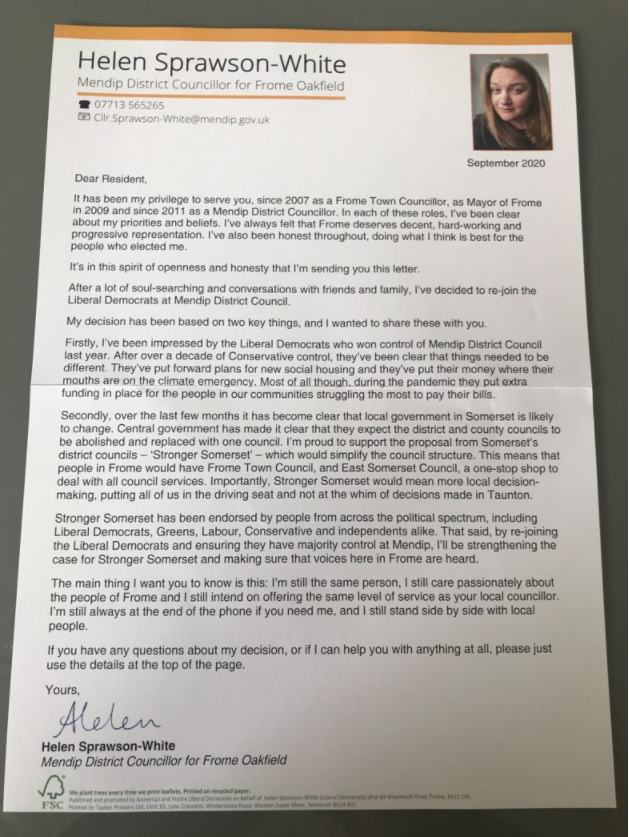 She was previously a Lib Dem, leaving the party in 2018. Explaining her return, she highlighted the Lib Dem record on the council in a public Facebook post:

"They have introduced policies that appeal to every part of my political belief system – from providing a plan for proper social housing for the first time in 20 years, to setting up a cross party working group and Cabinet position to address the climate emergency.

They took risks to support local people throughout Covid because it was the right thing to do when money was slow to filter through from central government.

They respect input from all members regardless of political membership and they have an opposition councillor in place as chair of scrutiny and vice chair of planning to ensure that decisions and policies are properly reviewed despite having a majority.

She is the second independent councillor to switch to the Lib Dems on Mendip, following Edric Hobbs earlier this year. Her ward is in David Heath’s old constituency"