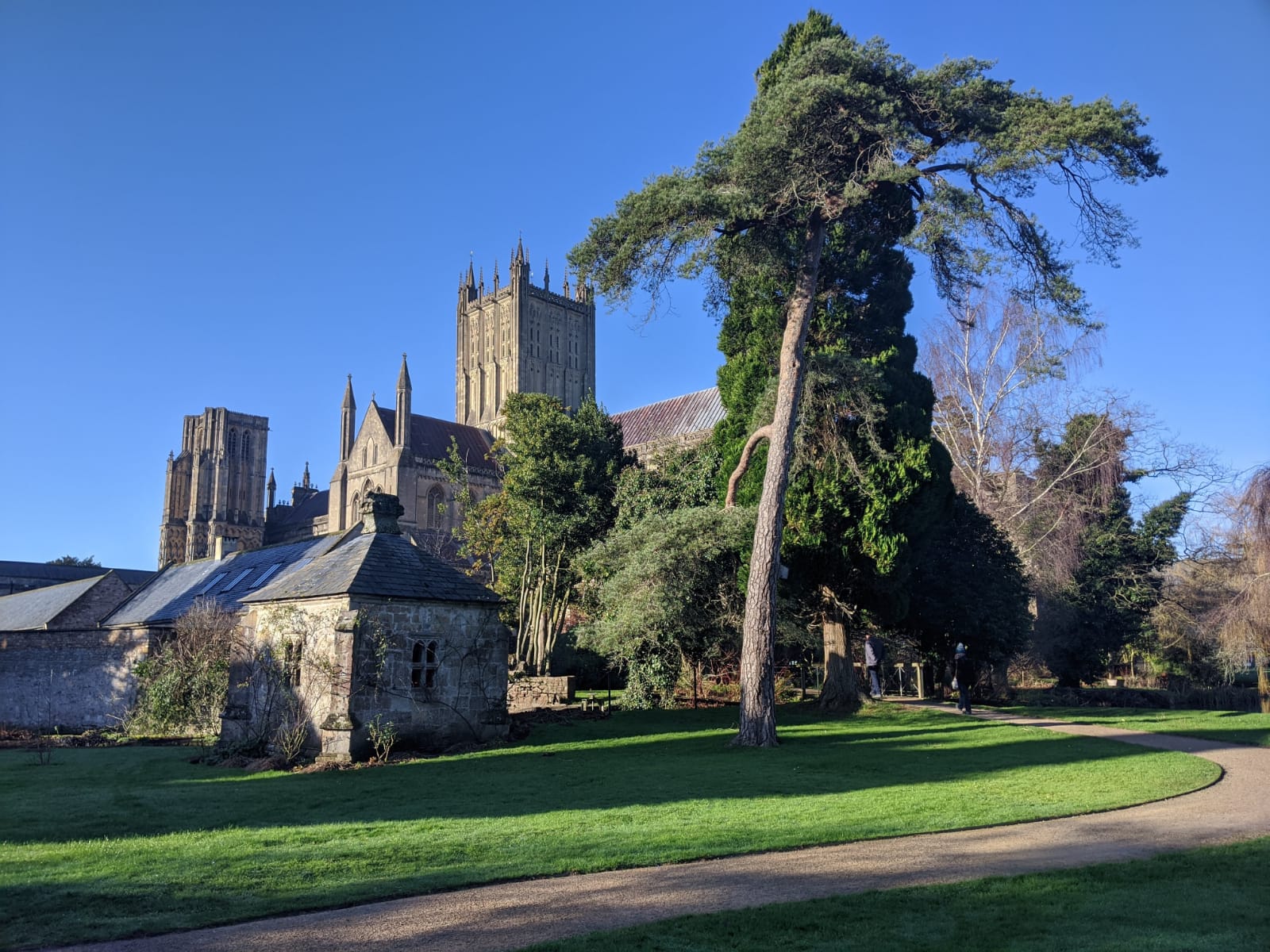 The moated Bishops Palace, stunning gardens and arboretum are mostly a peaceful sanctuary but there is also a huge variety of events there throughout the year, including family Easter trails and open-air plays and concerts.

Another big draw is the flourishing market which is now fully open to non-essential stalls and offers a fantastic selection of foods from local producers. The city has also hugely benefitted from the advent of pavement licenses for cafes and bars which now give the centre a bustling continental atmosphere.

Apart from being a popular film location, Wells is home to many cultural events including literary, food, theatre and comedy festivals. These are all now due to take place in October with the exception of the comedy festival which has been postponed until next year. The Theatre Festival from 26th-28th October will feature not only a community themed production of A Midsummer Night’s Dream which should be hilarious, but also a novel ‘binaural audio production,’ using cutting edge digital technology to create surround sound for each audience member.

We are also eagerly awaiting the reopening of the Cedars Hall within Wells Cathedral School. Anyone seeking a musical experience to equal a performance in London’s Festival Hall should check it out.

I am looking forward to Mendip returning the Recreation Ground and Bishops Barn to their rightful owners, the people of Wells. The Barn – one of the few medieval tithe barns remaining in the UK – has huge potential for community events and I hope the move later this year will see an increase in its use.

It’s good to see the reopening of Wells Town Hall and Tourist Information complete with a restock of interesting items for visitors and locals alike. You can find out more here: www.wells.gov.uk. It will be great to see the Wells & Mendip Museum on the cathedral green re-open in May too.

I hope you are enjoying the reopening of shops, cafes and bars – the lovely weather has certainly helped! Please do get in touch if you have any questions – my Facebook page is: @Ros.Wyke, and my email is: [email protected]