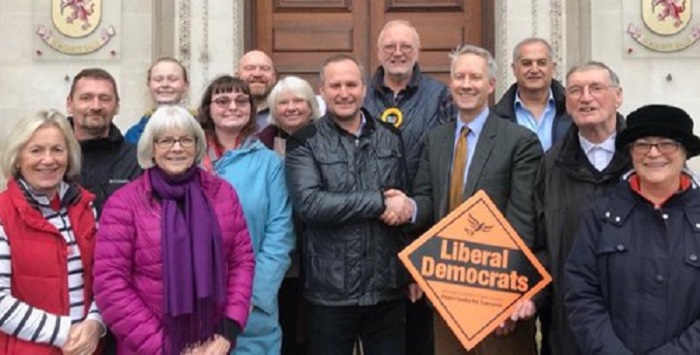 Mike is the second councillor to do so after Neil Bloomfield last year.

"I’ve been the County Councillor for the Lydeard Division for almost six years.

"I have taken satisfaction from providing a strong voice for the people in my area at a time of unprecedented pressure on local government in the form of slashed central government funding.

"I was elected as an Independent and have enjoyed the freedom that independence has provided, choosing which battles to fight.

"However, I have reached the position where some of the things I want to achieve for our community can best be delivered as a member of a major political group.

"Some time ago, the Liberal Democrats generously invited me into the County Council Shadow Cabinet.

"I have appreciated the deeper insight this position has afforded me and enjoyed working within the team.

"For some time, I have found myself travelling on parallel lines to the Liberal Democrats with little difference between our beliefs and policy direction so, in the end, it has not been a difficult decision to join the Lib Dems.

"We share views on all of the big local issues, including inadequate funding of local government and the dangers of outsourcing.

"We also agree on national policy issues including the economy, health and the biggest issue of the lot; Brexit, which I consider to be an historic mistake, riddled with illegality and which I feel an obligation to continue to oppose.

"I will continue to represent the people of the Lydeard Division with the same independent mindedness and strong voice, but as a member of the Lib Dem group, with whom I look forward to playing a full part in transforming the fortunes of our community, town and county."

"The Liberal Democrat Group welcomes Mike Rigby, our newest member. Mike strengthens our position further on the County Council as we continue to oppose damaging cuts to the services for Somerset’s residents. We share values and principles with Mike, a councillor who will continue to work hard for his Lydeard Division residents and all of Somerset.

Councillor Neil Bloomfield joined us from the Conservatives less than six months ago, citing his disappointment in the direction of travel and lack of compassion of the Tory party."

"Mike is an exceptionally hard-working councillor and we welcome him onto our team. I look forward to working with him on issues that will improve the lives of everyone in Somerset."