Opposition says Somerset County Council is 'on the brink of bankruptcy'

“Somerset Council Leader David Fothergill is shirking responsibility for the vicious cuts to public services,” says Jane Lock, Lib Dem Leader of the Opposition on Somerset County Council, after Mr Fothergill placed the blame for the crisis at the door of the Conservative Government. 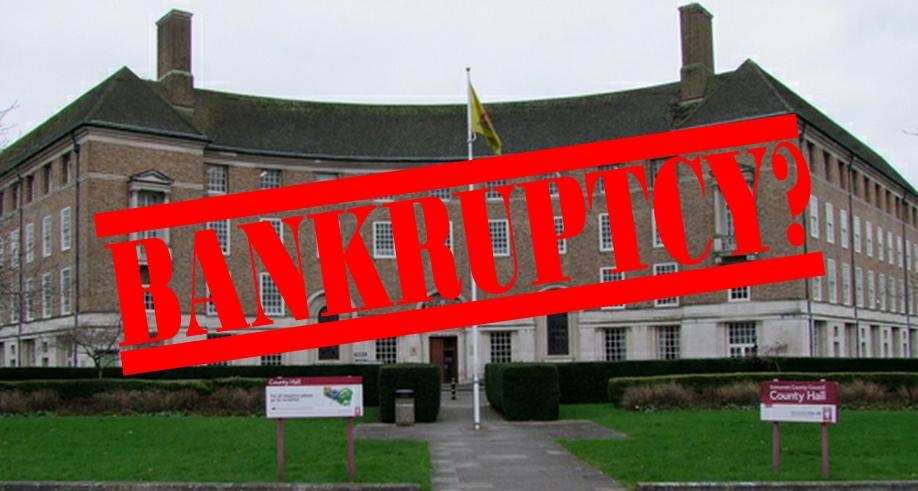 “He has complained that the Council had been ‘sadly abandoned’ by his party at national level,” says Ms Lock. “But that ignores the £114 million pounds that is missing from the County’s coffers because he and his cabal of Conservative councillors unilaterally decided to freeze Council Tax rises when there was no requirement to do so.

“Look around the country and you will see that Somerset was the first County to freeze Council tax and the last one to drop the freeze. That’s six years that have bled this County dry. With the exception of Northamptonshire, which has different problems, no other authority is in such dire straits as Somerset.

“There is a direct line of responsibility between the Conservatives’ decision to freeze Council Tax and the crisis we now face. Mr Fothergill was one of those who made and repeatedly supported that decision.

“If – instead of chasing votes – the Conservatives had done the sensible thing and allowed for an annual 1.9% rise in Council Tax as other Councils did, they wouldn't be cutting vital services to the elderly, the young, the vulnerable and the least well off in our community now.

“But rather than admit that and apologise, Mr Fothergill chose to shed crocodile tears about having ‘sleepless nights’ and hide behind his national party. I trust that the voters of Somerset will see through this deception.”

Ms Lock also says that – on the record of the last year – the current round of cuts will not be the last.

“The fact that there will be an overspend of £11.4m this year demonstrates that the situation is spiralling out of control – and there is every likelihood that the Council will overshoot again. Where is the contingency to cover that? We are staring bankruptcy in the face.

“Still we have a group of just eight people – all Conservative councillors – making critical decisions which radically affect the lives of Somerset people.

“Everything that has gone on to date demonstrates that the Conservatives are out of their depth - and have even refused to take advice from their officers, choosing instead to make ideologically-driven decisions.

“We have demanded a meeting of the Full Council - where every Conservative Councillor should be present - to hold them to account and to come up with long-term, workable solutions to this crisis.”