Sedgemoor: From Lone Ranger to Magnificent 7 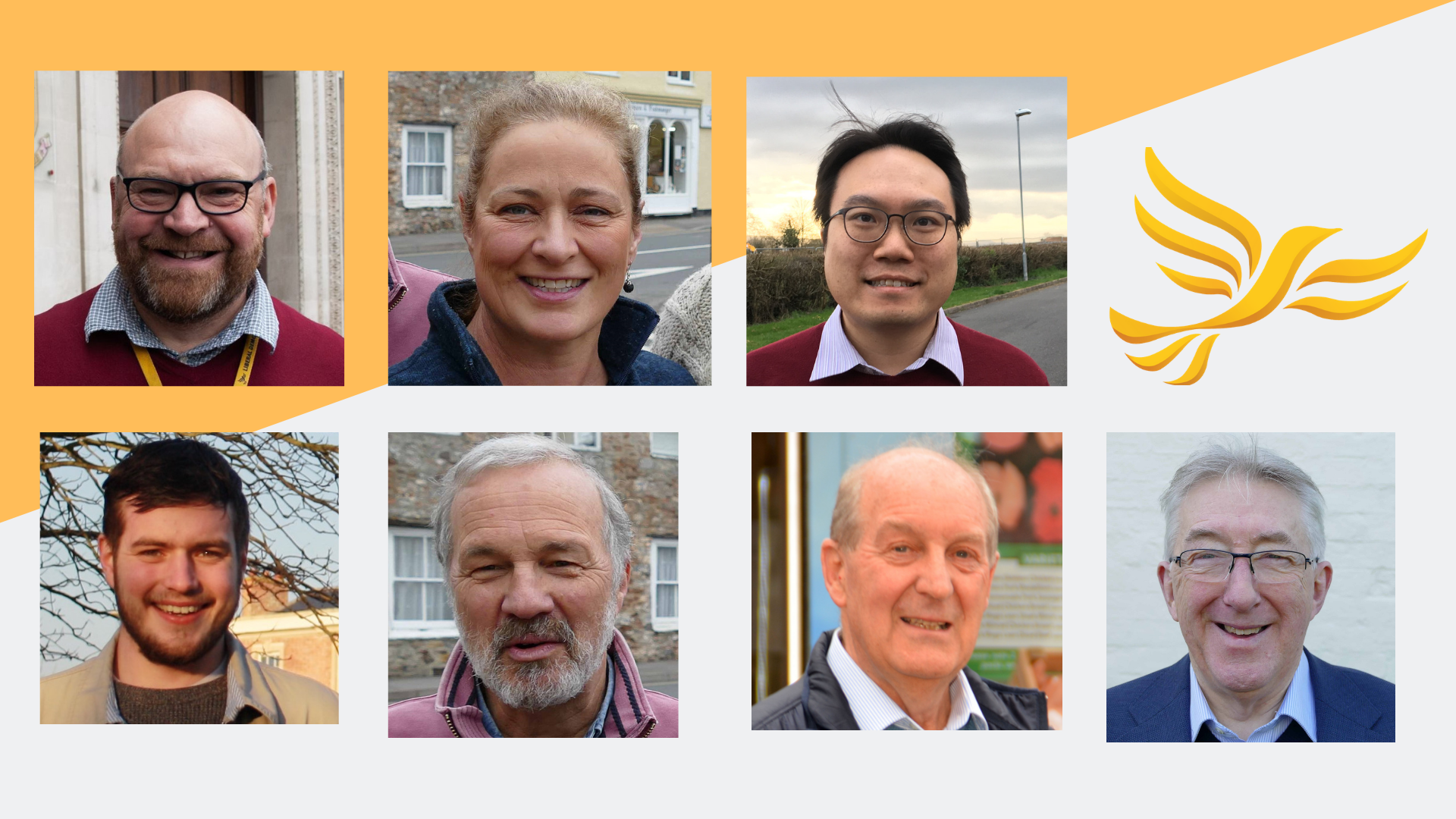 Bill retained his seat as Councillor for North Petherton where his running mate, Gary Wong, was also elected.

In the Wells Constituency, the Lib Dems made gains in each of the Burnham and Highbridge wards. Nick Bayliss was elected in Highbridge and Burnham Marine, Phil Harvey in Burnham Central, and Mike Murphy in Burnham North.

The Lib Dems took two of the three seats in Cheddar and Shipham where the Conservatives were completely wiped out by Lisa Methley, Charlie Riches, and the independent candidate.

The new, 7-strong Lib Dem group has chosen Bill Revans to be its leader.

“Our priorities as a Liberal Democrat group will be to open up the Council procedures and hold the Executive Cabinet to account for its decision making.”

“We want to see a huge emphasis on residents' Health and Wellbeing, especially mental health, addiction and dementia.”

“The Council declared a Climate Emergency recently and we will ensure that this is backed up by action not just words. Low lying Sedgemoor is at the front line of rising sea levels.”

“The average house price in Sedgemoor is ten times the average income. We want to see solid plans to build affordable and social houses in the District for local young people.”

“Opportunities for women are amongst the worst in the country in Sedgemoor and we will be asking the Council to bring forward meaningful policies to improve social mobility.”

“We are looking forward to being an effective opposition group on the Council making sure the Council’s priorities are right and deliver value for money to Council Tax Payers.”