SOMERSET TORIES FALL VICTIM TO THEIR OWN IDEOLOGY

After eight years of putting ideology before common sense, the Tory-run Somerset County Council is facing a catalogue of failures. 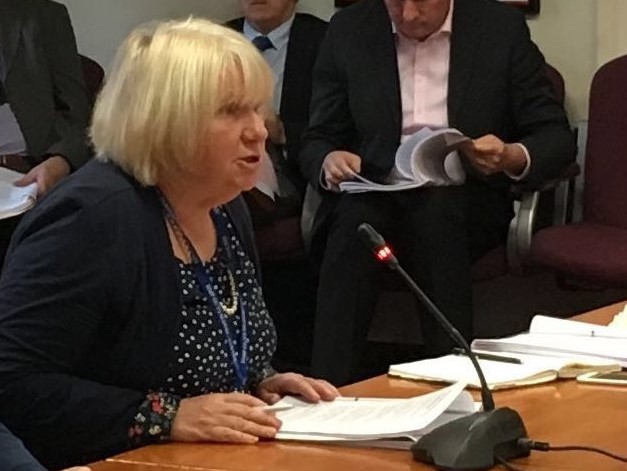 On finance, where the Conservatives always told us they were most at home, those same Conservative Councillors find themselves on the blunt end of a scathing Auditors’ report. The accountants call it an ‘adverse conclusion’, which translates as ‘must do better’ and ‘do so quickly before the money runs out’.

Having frozen Council Tax for seven years, while other Councils accepted that modest increases would be needed to balance the books, Somerset’s Tories have woken up to find their promised savings haven’t happened, the bank balance is depleted and the future looks bleak.

Somerset’s Conservative Councillors have had no choice but to accept the Auditors’ other accusation - a lack of transparency. Under the current system, just eight members of the Cabinet are kept informed of plans, disasters and yet more plans. The other 47 Somerset County Councillors are kept in various shades of darkness.

The Chair and Vice Chair of the Audit Committee resigned from their positions, left the Tory Group at Somerset County Council, and now they’ve left the Conservative Party too. The Leader of the Council had to backtrack, promoting two former Junior Cabinet Members, whom he’d sacked from the Cabinet a matter of weeks ago.

Somerset Children’s Services – judged ‘Outstanding’ by Ofsted when the Lib Dems ran the County Council - plummeted to ‘Inadequate’ in 2013 and bumped along the bottom for years.  The latest Ofsted verdict says Children’s Services has crawled its way back to “Requires Improvement” at the end of 2017.  However, in their panic to reach for better results, the Tories have allowed spending to run completely out of control, now a major factor in Somerset’s financial black hole.

To support their failing finances, the Conservatives at County Hall have had to make a dramatic U-turn, agreeing to borrow up to £120m to build the schools we need. The housing developers, their own voters and donors, grow ever richer whilst refusing to help with the infrastructure we need in Somerset – schools, surgeries, speedy broadband – paying less than elsewhere in the country.

The Conservatives’ District Council colleagues are, quite naturally, suspicious that the Tories who run the County Council want a Unitary Council purely to dig themselves out of their own financial hole.  Yes, it could save a lot of money.  But it’s important to remember it was Conservative ideology which put a stop to the Lib Dems’ exploration of Unitary status ten years ago, at a time when there was more money around and more opportunity to develop Council services.

It may be too late for Somerset taxpayers who annually refill the County’s coffers.  Somerset’s loyal and long-suffering staff are fire-fighting full time whilst their Conservative masters flail around, trying to find dressings for their self-inflicted wounds.

Over the past year, the County Council has contracted out the care of our most vulnerable residents, people with learning disabilities, and now sit back and watch as the levels of care reduce, unhappiness grows, and experienced staff apply for voluntary redundancy in ever-increasing numbers.

You have to ask what on earth is going on when a Conservative-run County Council, backed up by five Conservative MPs - all of whom promised the voters they’d be financially prudent - find themselves hung out to dry by a Conservative Government in Westminster, who refuse point blank to offer any help.

The Government is overwhelmed by Brexit infighting, with Cabinet members paralysed by their own disputes as we hurtle towards an increasingly uncertain future here in Somerset. The Tories’ cries for help are falling on deaf ears.

The Tory vision has finally run us all into the buffers. The Lib Dems have ideas, energy and a passion for service to the community.  With local elections coming up next year, it’s time for voters to demand better - for themselves, their families, friends and neighbours. Demand better!