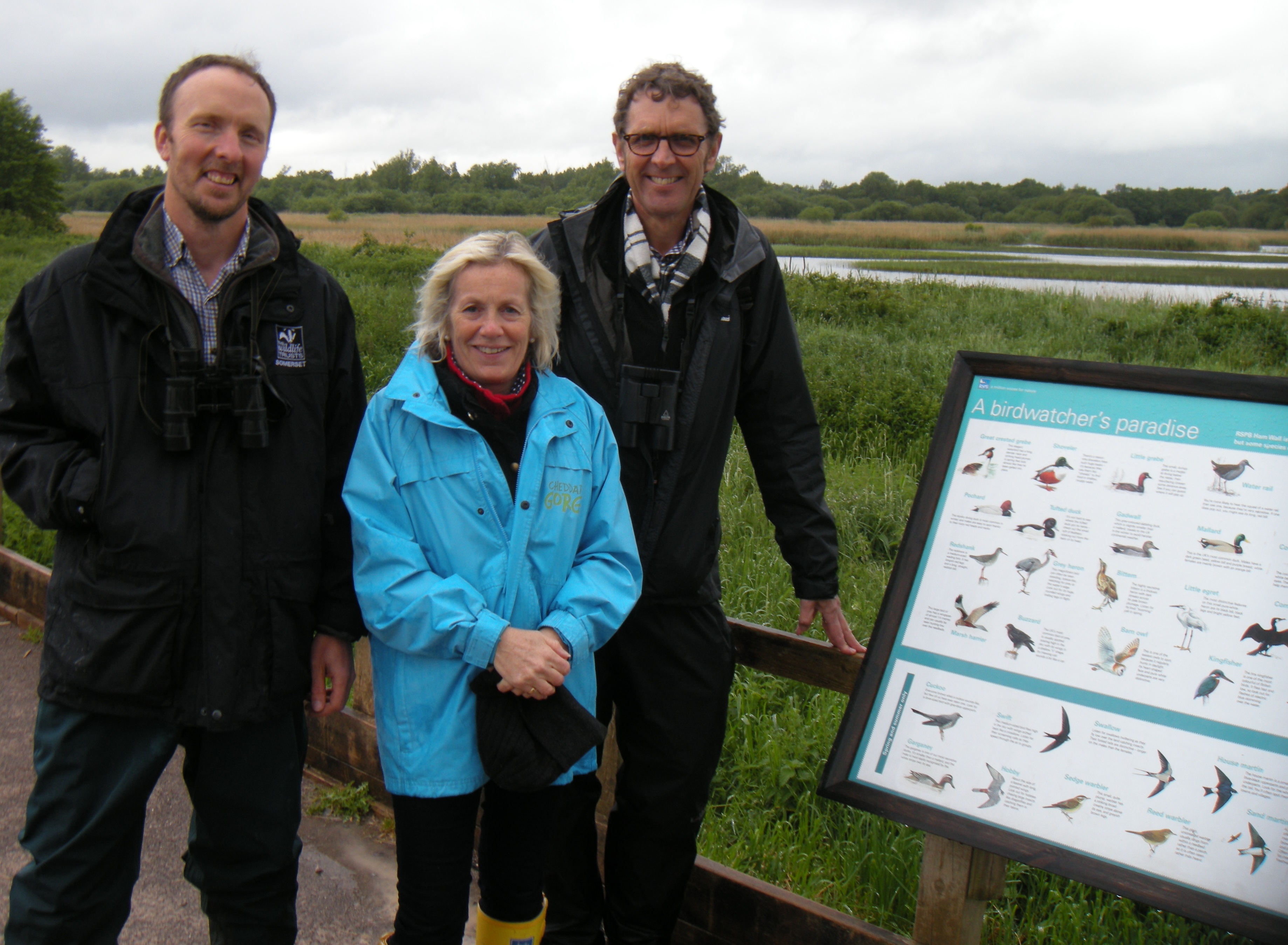 Tessa was out with the RSPB and Somerset Wildlife Trust  on the Ham Wall nature reserve this morning, in her capacity as the first ‘Species Champion’ for the  wonderful Bittern. The rare heron like waterbird is making a strong comeback in our area.

Tessa has been able to gain first-hand about their species from wildlife NGOs who have strong environmental expertise throughout the region. She is working alongside them to provide a brighter future for these species, spread that knowledge throughout the West Country’s political community and shape policy to improve our environment.

“The West Country is an amazing place for wildlife. It makes the region a great place to live and work and helps underpin our economy. We’re delighted that Tessa Munt MP has agreed to become the first regional species champion for one of our really special birds and we hope the bittern will now gain wider appreciation in Westminster and beyond.”

“I’m delighted and honoured to become the species champion for the bittern. Here in my part of Somerset, it’s fantastic to see the bitterns today, their population has gone from strength-to-strength with conservation projects on the Avalon Marshes – one of the biggest wetland restorations in Western Europe. As well as the growth in bittern numbers, it’s also great to see the huge increase in public interest in the wetlands, now a destination for thousands of wildlife enthusiasts from across the UK and Europe.

“I’ll be doing my best over the coming months to raise awareness amongst my colleagues and local residents about the recovery of the bittern, and the real benefits this brings us all.”

The bittern is a stocky, elusive heron, whose brown-streaky colouring enables it to move and hunt stealthily through its reedbed habitat. The birds are most easily identified by the distinctive booming call of the males. Bitterns were nearing extinction in Britain 20 years ago, when only 11 pairs were recorded by the RSPB in England.

Since then, thanks to conservation projects in areas like the Avalon Marshes in Tessa’s patch, the bittern has made a remarkable come-back. This year there have been over forty “booming” males heard, which represents a major part of the UK population!