We are delighted to welcome Tim Farron, MP for South Lakes (via Zoom) to talk to us about his brief as the Liberal Democrat spokesperson for Housing, Local Government, Food & Rural Affairs and the North of England. 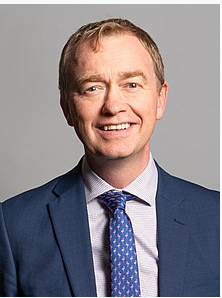 Tim became an MP for Westmorland and Lonsdale in 2005 ending a 95 year rule by the Tories, winning by 267 votes. In the 2010 general election Tim maintained his seat with a strong 60% majority and achieved an 11.1% swing from the Conservatives.

In March 2006 Tim became Parliamentary Private Secretary to the then party leader Ming Campbell. He was then promoted, in December 2007, to the Lib Dem Shadow Cabinet and served as the Shadow Minister for the Countryside and Rural Affairs.

Tim was elected as the national President of the Liberal Democrats in November 2010 winning 53% of the vote and took over the role in January 2011. He was re-elected unopposed in autumn 2012 and continued for the full term until handing over the role at the beginning of January 2015.

In July 2015 Tim was elected leader of the Lib Dems. He stood down in June 2017 following the General Election.

If you would like to attend please RSVP using the button below and we will send you the link to the event and the joining instructions ahead of the meeting.

Zoom is easy to use and we'll help if you need it. (Please contact Emily on [email protected] if you need some help).

It is important that you let us know if you're planning to attend so that we can send you the joining instructions.

If you have a question for Tim, please send it to Emily on [email protected]